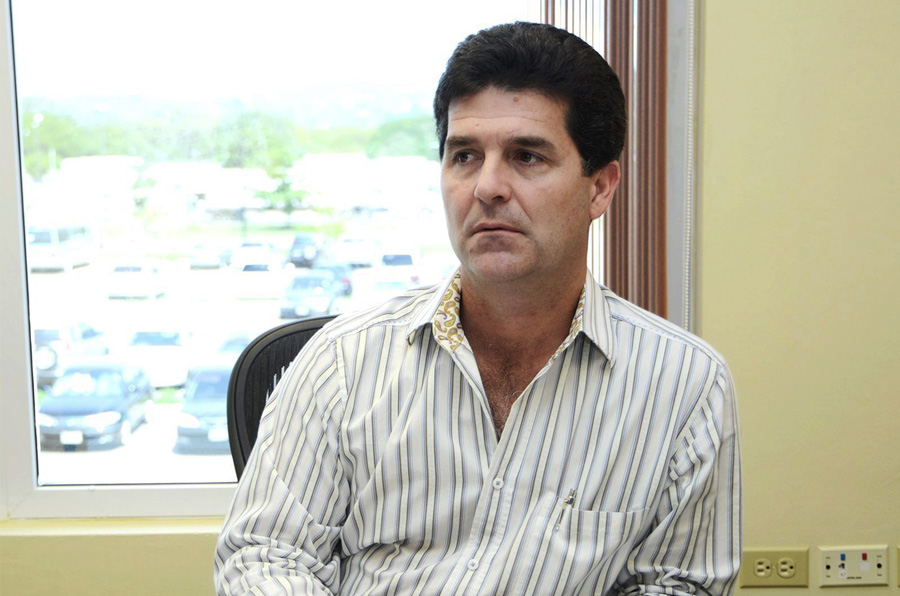 William Mahfood is well known. As the head of Wisynco, a leading Jamaican manufacturer and distributor, he’s often in the national spotlight, making deals, giving speeches, and promoting products. Now, this kind of attention can lead to all manner of stereotypes, some close to true, others comically wayward. It would not be a surprise, then, if many who have never met Mahfood place him in the conveniently pre-packaged ‘big man’ category, assigning him the position of one of society’s detached power-brokers whose sole goal it is to increase profits and satisfy shareholders. You might be tempted to picture him spending his days sipping well-aged brandy and sharing belly-laughs inside some upscale lounge in a thick cloud of cigar smoke, all the while plotting his next move.

And that’s the trouble with stereotypes.

The minute you meet Mahfood, you get the impression that he doesn’t consider himself superior to anyone. Does he, in fact, enjoy a good brandy? Who knows? It’s clear, though, that he spends much of his time pondering more complex matters.

“If we focus more on education, we would see benefits in all areas of society. That is a key area that we cannot, as a country, ignore. It’s just too important,” he said as I sat next to him headed to lunch on a recent Thursday afternoon.

We were on our way to one of Mahfood’s favourite cookshops in Spanish Town, St Catherine. An unrepentant lover of good, home-style food, Mahfood insisted I accompany him to the modest but highly regarded ‘Charm’s Restaurant’, conspicuously located on John’s Road – an undeniably blue collar locale – and, by reputation, certainly one of the best lunch spots in town. As we drove along the Spanish Town bypass, Mahfood told me that a good cookshop is something to treasure.

“You get really good food at a lot of these little cookshops. I’ve travelled a lot around Jamaica and some of the best food I’ve had has been from small roadside shops like this one,” he said.

We slowed to make a left turn off the bypass and on to John’s Road. It was immediately clear that Mahfood has no hang-ups about who he rubs elbows with – another blow to the stereotype.

Charm’s, no doubt, is a clean, well-maintained establishment whose owner (Charm?) takes pride in her business. Even so, it’s hardly the place you’d expect to run into one of Jamaica’s most prominent business leaders eating curried goat right next to Joe Whats-his-name.

Mahfood parked his van and we hopped out and walked to the entrance of Charm’s.

There are tables and chairs set up for diners. But there’s an active grab-and-go trade as well. A slender, smiling man was going over the day’s menu with a woman in an apron and hair net. “Wah happen to di fish?” he asked. The woman told him there was no fish available, to which he replied with an emphatic hiss. “Alright, gimmi di goat,” he said.

A few of the chairs were occupied. One table was surrounded by two bearded men wearing blue shirts and khaki pants. The larger of the two men, a middle-ager with a pronounced bald spot, seemed worn out, a possible consequence of his interaction with the contents of the plate in front of him. All that remained on it was a pile of chewed-up bone and a noticeably untouched serving of vegetables. The other man at the table looked him over accusingly. “Man, yuh mash up,” he quipped. “Food sweet, man” was all his sleepy-eyed companion could muster.

Mahfood and I sat at a table near a window, not far from the kitchen. You could smell the food being prepared in the back. And it was good. The woman in the hair net and apron came over and gave Mahfood a friendly greeting. “Curry?” she asked. Mahfood smiled and confirmed what seemed to be the popular choice.

Now, call me unadventurous, but years of spending hours upon hours on the road have taught me a few things. First, you should never trust directions offered by anyone at a rum bar. Second, under no circumstance should you agree to accompany lonely housewives to dimly lit areas behind their homes. And finally, never eat curried anything from anyone you’ve not met before. That’s more of a third meeting kind of thing, I say.

“Um, I’ll have the chicken,” I smiled. “Chicken?” she replied with more than a hint of surprise. I nodded and the woman walked off. The dining area was alive with chatter. I asked Mahfood about some of the things he was looking forward to this year.

“Well, personally, I’m looking forward to my family going through some big changes this year. One of my daughters will be sitting GSAT this year,” he said. Another daughter is studying abroad. He has four children and they’re an obvious source of pride for the businessman, whose face lit up at the chance to talk about them. His children’s work in school turned the conversation back to education. “We have to realise how important education is to us as a country. Whatever it is that we want to achieve, wherever we want to go, we need to ensure that we have education as our focus.”

food was no letdown

It was here that our food was brought to us. The woman in the apron returned and presented the plates with a smile. Mahfood’s steaming curried goat and roti sure looked nice. But my chicken and vegetables was no letdown either. We dug in. I quickly understood what all the hype over Charm’s was about. I thought to myself that the juicy, well-seasoned meal was enough, surely, to warrant Charm, who I assume was the cook (and female!) an on-the-spot marriage proposal.

I looked around to see that more diners had arrived. A table had been taken over by a foursome of policemen. Behind them, a man in dark glasses was whispering something into the ear of a woman who appeared to be more stimulated by the chicken wing she was chewing on.

I wondered how many other people of Mahfood’s social stature dined regularly at Charm’s. Not many, I assumed. Yet, contrary to stereotypes, he didn’t seem out of place. I suppose I know why. Even though Wisynco is a family business, Mahfood had to work his way to the top. There were no shortcuts. After returning from studying overseas, he joined the company in 1988. On instructions from his father, who was known to be a firm disciplinarian, Mahfood loaded trucks, packed cups, worked in sales and in the warehouse, ensuring he got the full experience necessary to make him right for the top job someday. There’s a now well-known story about Mahfood, as a youngster working at the company, charging his lunches – two a day for the growing young man – to his father’s account. As soon as his father heard about this, he ordered that the bill be paid directly out of young William’s salary, leaving the undoubtedly unamused young man with little more than pocket money to show for his hard work.

When he eventually did make his way to the helm, Mahfood wasted no time in getting to work. He had innovation on his mind. He led the diversification of Wisynco from being a producer of plastic, synthetic and rubber products to becoming manufacturers of one of Jamaica’s most popular water brands: WATA.

Wisynco also produces the BIGGA brand of beverages and makes BOOM energy drink. Mahfood started Wisynco Foods, which operates Wendy’s, and Domino’s Pizza in Jamaica. The company also distributes thousands of products, including just about all the ice cream on sale in the supermarkets.

The Mahfood family is well known for charity work, most notably through Food For The Poor. As we wrapped up our meal, I asked Mahfood about this. “It’s important for anyone who can, to give back. The need is so tremendous that whatever we can do to help others along the way is a duty that we all have.”

Food For The Poor was founded by Ferdinand Mahfood and his three brothers – Sam, Joe (William’s father), and Robin. The organisation is one of the largest relief agencies in the United States and Jamaica. Mahfood serves on the local board, overseeing policies that ensure aid – of all sorts – gets to those who need it most.

“But even though a lot of the help we give through Food For The Poor is essential, much of it serves only as a band-aid to the bigger issues we have to tackle as a country. The band-aid is crucial, but we should never forget that we have to also address the root causes of people’s distress,” he said.

Our lunch had come to an end. We thanked the woman in the apron for the hospitality and went back into Mahfood’s van. On our way back to Wisynco’s Lakes Pen base, I asked him if he would ever consider entering politics. “I’ve learnt never to rule anything out. There are a few things about the culture of politics that don’t sit well with me, and I would have to ensure that I can work freely to get the work done. But, we’ll see. I’m a strong patriot at heart and I enjoy helping people, so I won’t rule anything out,” he said.